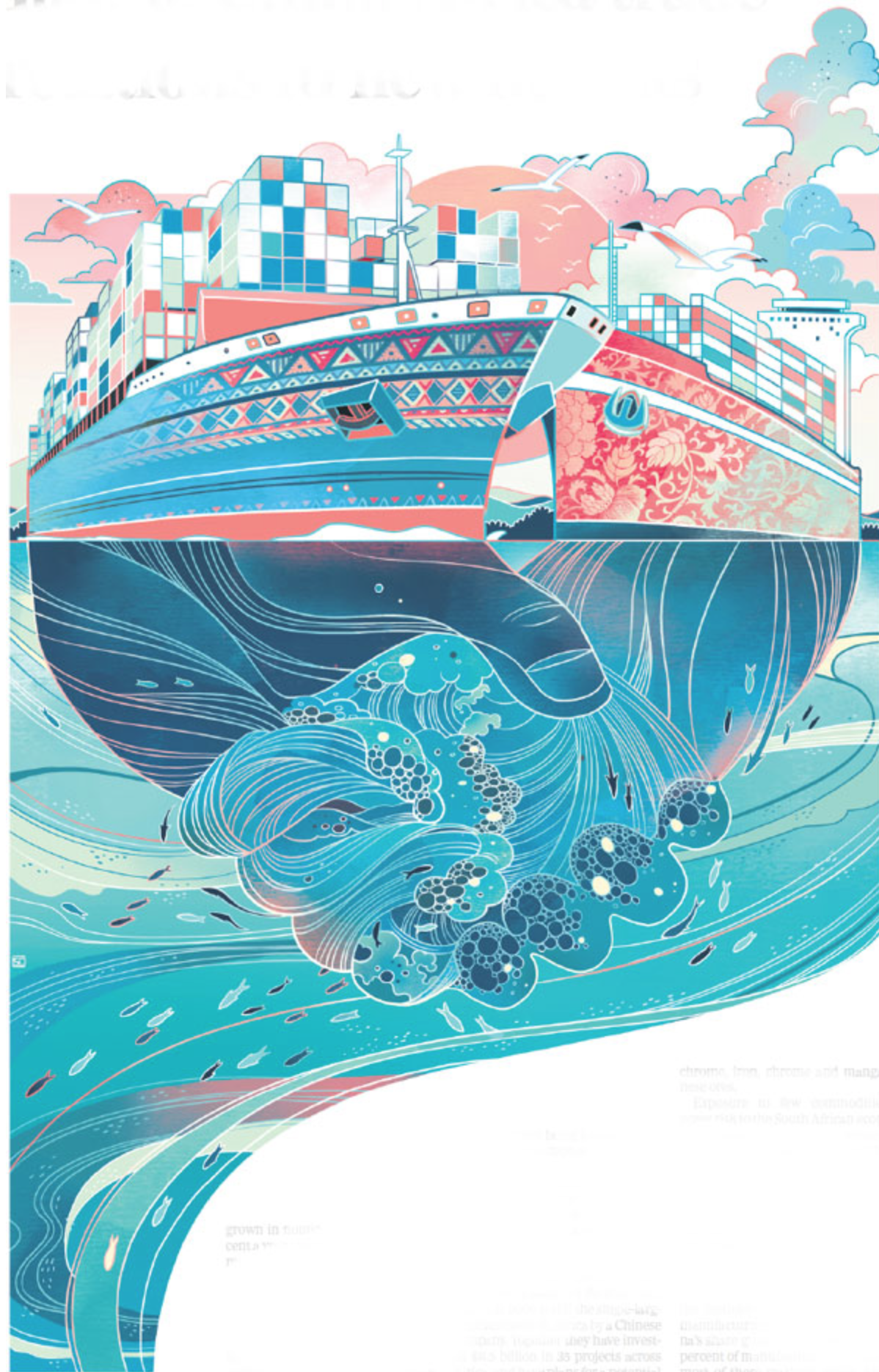 The just-concluded summit of the Forum on China-Africa Cooperation demands that we reflect on the achievements of the fast growing China-Africa partnership.

For China, Africa offers at least three compelling opportunities. First, Africa is an emerging location for lower-cost production. Second, the African continent’s less-developed infrastructure offers great opportunity for commercial partnerships, which supports Africa’s regional aspirations and China’s Belt and Road Initiative. Third, the African population of over 1.1 billion is a potentially large base for young consumers.

For Africa, China offers potential as a partner in its infrastructure roll-out and industrial development. Insertion into China’s extensive value chains can offer great opportunity to African countries to build export capacity. As African economies’ strengthen, China offers an important potential market for African goods and services. A virtuous circle can be promoted, with rising employment and incomes contributing to the realization of Africa’s demographic dividend.
Are these being realized?

From a low base, China has rapidly become Africa’s largest economic partner. Since 2000, trade has grown in nominal terms by 20 percent a year and foreign direct investment by 40 percent a year. There is also significant growth in Chinese aid and concessional infrastructure and construction finance. Chinese companies are involved in about 12 percent of the estimated $500 billion a year manufacturing activity in Africa, while they may account for up to 50 percent of Africa’s internationally contracted construction market.

The largest portion of the activity takes place through public sector investments — often through State-owned enterprises, development and multilateral financial institutions — to fund mega projects in railways, ports, airports, water, and related activities. This has had a profoundly positive impact on the African landscape, but has also raised concerns about what could become unsustainable debt.

There is also extensive presence of private Chinese investment in Africa, mostly aimed at serving domestic markets. Mckinsey has forecast that Chinese enterprises in Africa could potentially multiply their revenues from the current $180 billion to $440 billion by 2025.

But Africa is not a unit; it is highly diverse, which raises complexity.

South Africa, as a middle-income, semi-industrialized country, presents an opportunity of a different kind of partnership. Sophisticated commercial relationships are possible in agriculture, industry and services, in technology, and in providing a platform for meaningful regional development.
South Africa is the biggest source of foreign direct investment into the rest of Africa, totaling more than $40 billion between 2003 and 2016, with 80 percent being invested since 2008. The main capital investments were in oil and gas, communications, metals and mining, financial services, construction and building materials, chemicals, hotels and tourism, transport and consumer products.
The Industrial and Commercial Bank of China’s purchase of a 20 percent stake in Standard Bank for $5.5 billion in 2008 is still the single-largest investment in Africa by a Chinese company. Together they have invested $8.5 billion in 35 projects across Africa, and have plans for a potential investment of $9.8 billion. More such partnerships and joint efforts will help realize greater results in this complex environment.

Justin Yifu Lin, a professor at Peking University, believes a good part of the 85 million jobs in low-wage manufacturing leaving China could go to Africa. These will go to low-income African countries. The sustainable investments in South Africa will mostly be found in medium-tech activities. Good examples include consumer electronics enterprise HiSense and truck manufacturer FAW, which have been operating in South Africa since the mid-1990s and exporting to Africa. This year, Beijing Automotive Group opened their South Africa factory, and will export 60 percent of its output to Africa, the Middle East and Latin America.

Indeed, Africa as a whole has a critical trade imbalance with China. However, the challenge differs in respect of South Africa and China, as they increasingly compete in similar product categories.
First, there is a growing and considerable trade deficit, with Chinese imports exceeding South African exports to China by about 1.5 times. South Africa mainly imports manufactured goods from China. In turn, about 72 percent of South African exports to China comprises ferrochrome, iron, chrome and manganese ores. Exposure to few commodities poses risk to the South African economy, resulting in highly volatile export revenues. Between 2014 and 2016, the dollar value of South African exports to China fell by 21 percent mainly due to the drastic fall in iron ore prices. Addressing this imbalance will be critical to building a platform for mutually beneficial relations.
Second, South Africa has lost market share in Sub-Saharan Africa, the destination for 22 percent of its manufacturing exports. China’s share has grown to more than 25 percent of manufactured imports in most of these markets. South Africa’s loss of market share in Sub-Saharan Africa to China is particularly seen in non-electrical machinery, electrical machinery, iron and steel products, vehicles and parts, rubber, and iron and steel.

The overlap between South African and Chinese exports has become more prominent in Sub-Saharan Africa. Only 17 percent of South African exports to Sub-Saharan Africa overlapped with Chinese exports in 1997, as against 74 percent by 2010, as China introduced new products.
More balanced trade must be a top priority for both parties. Chinese investments intended for export are one solution, such as that by FAW, Hisense, and Beijing Automotive Group. Access to Chinese markets will also be important. The China International Import Expo, to be held in Shanghai in November, will be a welcome opportunity. So will conducive trade arrangements and support with market entry.

For Africa and China, regional integration and export expansion and diversification will grow in prominence as the goals for sustainable, mutually beneficial commercial relations.