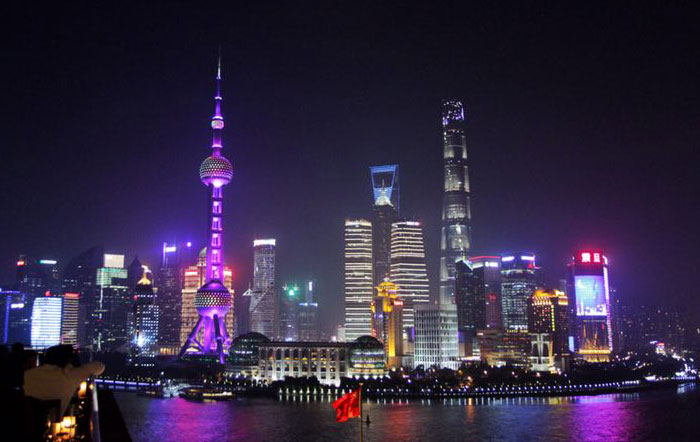 Miriam Altman’s travel diary of the cosmopolitan city, Shanghai The strategist and recovering economist takes us around the most populous city on Earth

Home » Miriam Altman’s travel diary of the cosmopolitan city, Shanghai The strategist and recovering economist takes us around the most populous city on Earth

Shanghai is a fascinating, cosmopolitan city, and a centre of finance, science, and arts. You might be overwhelmed by the city’s vastness, but also the wide cultural and linguistic gap. Shanghai is a great walking city, with wall-to-wall shops, and restaurants, ranging from Michelin-starred ones and corner noodle shops to cafés and tea houses. You will never go hungry. You’ll most likely find yourself in the extensive French Concession, especially between Jiangsu Lu, along Nanjing West, past Xintiandi, through to the very upmarket Bund on the Huangpu River.

The main streets in the French Concession are fronted by global luxury-brand stores. But for shopping, rather head to side streets such as Julu Lu and surroundings in the Jing’An District to find local design in small boutiques. China has moved beyond the stage of imitation and has a growing community of designers and innovators — a visit to Shanghai begs an exploration of art, fashion, design, and technology.

Shanghai residents eat out or order in, but there seems to be very little cooking going on at home. Restaurants come and go, and it often happens that one arrives to find it has closed. Some of my favourites that seem rock solid on the scene are Element Fresh for Asian fusion, Lost Heaven for Yunnan cuisine, and Ye Shanghai.

Getting around is pretty easy, with no assistance needed, even with the language barrier. Generally the whole French Concession reaching to the Bund is great for walking, with tree-lined and cobble-stoned sidewalks. Google Maps works incredibly well, with a VPN activated. DiDi is China’s Uber, recently made available in English. It is a godsend, as Shanghai cab drivers are choosy about whether they want your custom.

A hard negotiation with cab drivers is needed, especially when it’s raining, which is strange, as Shanghai is coastal, so it rains, a lot. DiDi has made pick-up and drop-off a lot easier, and you no longer need to write addresses in Mandarin on a card. However, DiDi drivers tend to call to confirm the pick-up location, so have someone on hand who can explain in Mandarin.

Chinese urban planning is legendary, and great thought has been devoted to public spaces. Many cities have whole blocks dedicated to open gyms and running tracks. Cities are very green, with many small parks, and municipal landscaping is an art form. Shanghai is no exception. Early in the morning, the Yuyuan Garden or Fuxing Park will host Tai Chi.

Shanghai is an ancient city, founded in about 4,000 BCE, but modern skyscrapers abound. It all makes visual and spatial sense though, as Shanghai has clearly applied its mind to design. And at night, from the modern French eatery Mr & Mrs Bund, lit buildings look like sculptures.

Learning some Mandarin can really change the overall experience. It’s not as hard as one might think. Mandarin is transliterated into pinyin in Roman alphabet. All street signs and subway maps and stops have pinyin, so if you know the name of the place you’re going to, you can read it. There are many good online programmes, such as Rocket Chinese, that teach the basics. Mandarin is phonetic, and words generally have very few syllables. When you ask for help, and people don’t understand, there’s a tendency to shy away completely. But when they do understand, I’ve experienced more random acts of kindness in China than anywhere else.