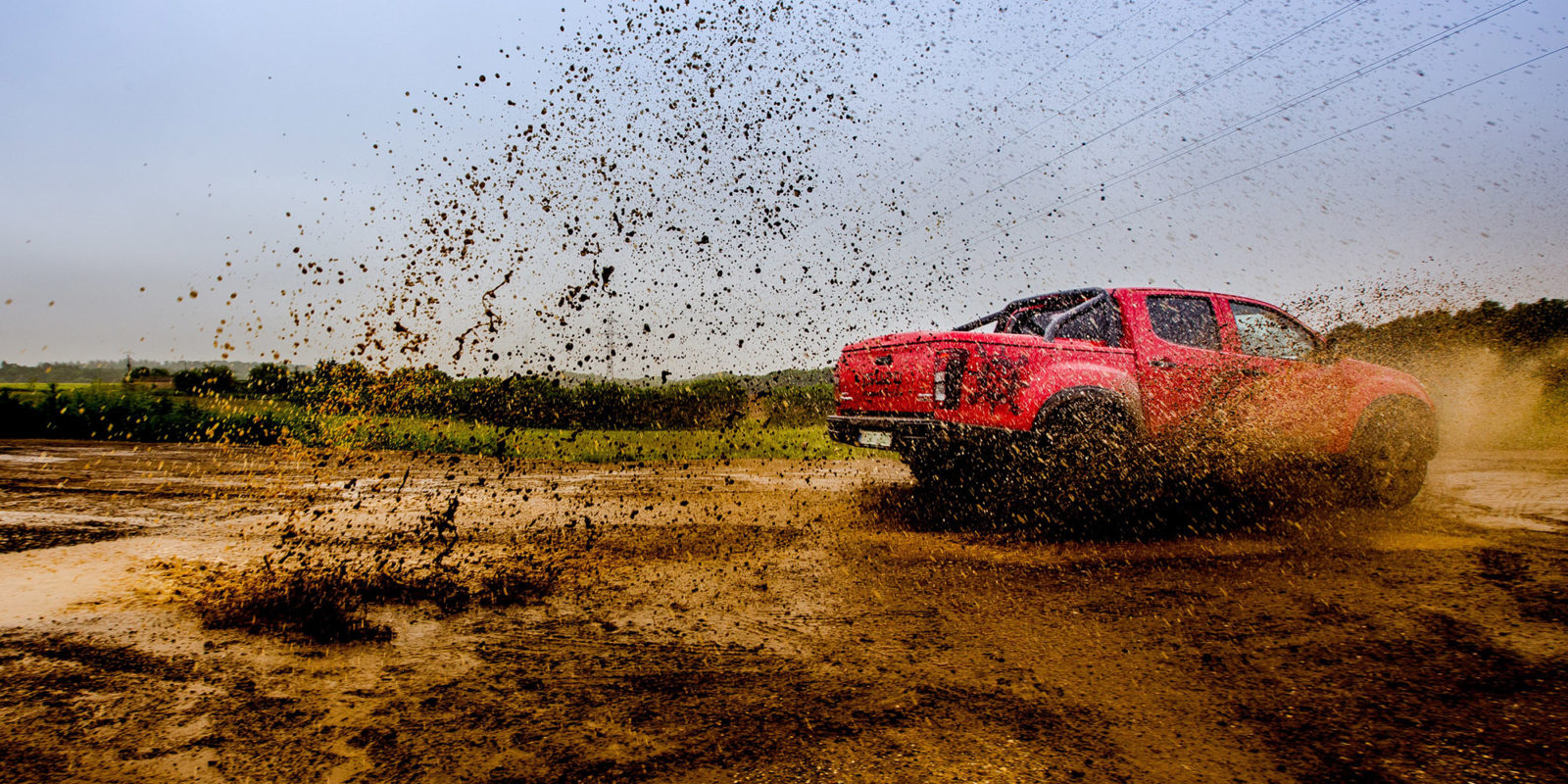 How to climb out of a ditch

Home » How to climb out of a ditch

Getting the economy restarted is not so different from driving a pickup truck out of a ditch. The wheels must be put straight, the vehicle should be in first gear and the movement slow and steady. With this in mind, seven steps are proposed for 2020 to kickstart the economy.

There was a time, in the 1980s, when I spent my days driving all around Lesotho in a Hilux 4×4 double-cab pickup. At the time, I was head of a projects office developing social and economic programmes across that country.

Even then, the Hilux was an awesome vehicle. Its agility, belying its size, was my favourite quality. It could turn on a dime. Its durability was my second-favourite characteristic. At that time, Lesotho had among the highest road fatality rates in the world. Trucks sped along single-lane mountain roads that were more like rocky pathways traversing hairpin turns. Many drivers drank and mostly had only one light working, so it was hard to tell what was coming toward you. All in all, driving generally, but specifically at night, was not a good idea.

Thankfully I was never involved in an accident. But I did have two very common experiences: a) getting lost in pre-GPS days and (b) getting stuck in a ditch.

So what does one do? Say one is lost on a rural road in Lesotho, and also stuck in a ditch. It is late afternoon. Should one give up on the pickup, hike out and hope to get a lift with a potentially drunk truck driver, eventually to get directions? Or focus completely on getting out of the ditch, so at least one is moving again?

Say one decides to motor out of the ditch.

Going full-throttle on the engine is a pretty common mistake. Spinning the wheels at an accelerated rate can dig one deeper in and also damage the vehicle.

Checking for any damage is the first step. After that, one straightens the wheels and shifts into the lowest gear. If the vehicle gains traction, one continues accelerating at a slow and steady pace. If the vehicle begins to budge but can’t fully escape the rut, it is time to build some momentum. This is hopefully within one’s power to do. If all else fails, a winch will do the job, but then there will be a long wait for someone to drive by.

Getting a pickup out of a ditch offers good lessons for an economy that is stuck.

In my article of 24 July 2019, I wrote about behaviours that lead to a start-stop trap. The actions required when stuck are different from when there is momentum and also different from when the economy is motoring along. The first step is to get some high-impact successes that are within close reach to implement. And then leverage that first success to generate momentum.

State Capture had the peculiar impact of dramatically diminishing public sector capacity and has narrowed what is currently possible. It means rebuilding this capacity has to be the first priority.

I propose seven top picks for 2020 aimed at straightening-the-wheels-and-gaining-traction-in-first-gear. They are chosen on the basis that they are well-understood, have an existing policy framework and budget, and/or would simply require a stroke of a pen by the government to enable private action while capacity is being rebuilt.

The test of their critical minimum contribution is about whether it is possible to make meaningful progress without it.

Tourism has no equal in its ability to rapidly generate jobs directly, and indirectly into manufacturing, retail, transport, food and agriculture and construction. While fixing more complicated matters, tourism could give a quick economic lift.

Likely the highest impact and most enjoyable way of expressing patriotism is to go on a local vacation that involves paying for services rather than self-provision. Want to create jobs for youth in rural areas? Travel domestically to one of the very many exquisite locations on offer. We may have missed December, but then there is Easter, next December, and even weekends. The government and tourism industry could coalesce to intensify efforts to promote local travel, more often.

The president announced a commitment to doubling international tourist arrivals by 2030 in his 2019 February and June State of the Nation addresses, a commitment also made by the Tourism Business Council of South Africa. The most significant growth potential is from China, India, and African target markets. Easing visas were announced as top priority.

It is now December and it does not appear that there will be tourism growth. The easing of visas and/or introduction of e-visas still awaits implementation. Certainly doing so is within SA’s national capabilities and very well understood. About 42 mostly developing countries already have some kind of e-visa, many of which have substantially less ICT capability than South Africa. Possible public procurement systems are creating a block. If so, about 95 developed and developing countries already have automatic access to a 30- or 90-day visa-on-arrival. But strangely this does not apply to the markets with the most potential for growth, namely China, India and Nigeria.

Conservative modelling shows that tourism could quickly begin generating an additional 100,000 jobs annually across accommodation, restaurants, food and agriculture, transport, vehicles, construction and retail. If the 2030 targets were reached, 200,000 new jobs would be added annually.

Over the past 10 to 15 years, the top leadership of many critical infrastructure SOEs changed within two years. First steps have been made in many entities such as SARS, Eskom, SAA, Prasa and Sapo, but turnover has continued. Telkom offers one example of progress made when leadership is stabilised.

In a context of substantially reduced institutional capacity, first steps would be to secure Eskom plant-level operations, move on IRP-aligned energy procurement and enable self-build. Market reform requires considerable capability that may distract from these critical first steps.

Uncertainty in property rights fundamentally contradicts the effort to lift investment. And investment needs to rise by about a third to achieve targeted rates of employment growth. The review of Section 25 of the Constitution in relation to expropriation without compensation could take some time to resolve. In the meantime, clear communication about the status and limitations of the Section 25 Constitutional Review would help clear a hurdle for investment. As an example, could it be said that property is secure if in active development, and/or productive or residential use?

Between 2016 and 2018, the state underspent on its capital budget by 15%. The state-owned enterprises and public entities underspent their capital budgets by 25% to 35%. Municipalities spent about half of their infrastructure budgets. Activating this spending, especially with increased focus on maintenance, would make a significant contribution to stimulating growth and employment.

Public sector negotiations have tended to start too close to the end of agreements, end up with a short-term view and not in alignment with the budgeting process. Accounting for 35% of the budget means that a public service accord is needed to ensure state resources are allocated in line with development objectives. This can have an immediate impact on giving creditors and investors more faith in the fiscal pathway.

The complex process of defining a longer-range sustainable public personnel strategy from 2021 would need to begin in early 2020. A sustainable remuneration strategy is needed, but not only this. This also involves attention to grading that enables staff to enter at the bottom layers, staffing structures aligned to delivery, and performance-linked benefits.

Move faster to build the quality of TVETs and universities

There has been a rapid expansion of black students in post-school education. The budget will lift to an additional R81-billion spend by 2022 to cover support for students from low-income households. However, the quality of these institutions has not lifted at the same rate.

The Department of Higher Education has rightly slowed down the growth. This will soon lead to a new round of student protests. A more aggressive move by the government to partner with the private sector to develop curriculum, offer courses and align on internships and placements could go a long way to ensuring this additional spending has a stimulating, job-creating effect.

Can the next steps to affordable, accessible electricity be taken without stable, experienced leadership in Eskom? Can tourism be doubled without the easing of visas? Can the investment be substantially lifted if property rights are unclear? Can infrastructure roll-out take place if the state’s procurement and project oversight capability are weak?

Stuck in a ditch on that lonely Lesotho mountain road, one can try to drive out of it, wait, or walk to the next village for help. One thing is certain. If the truck does not lift out of the ditch, it is going to be a long time before one is back on course to deliver services.